Accueil > Archives > World day against the death penalty and Launch of an international (...) 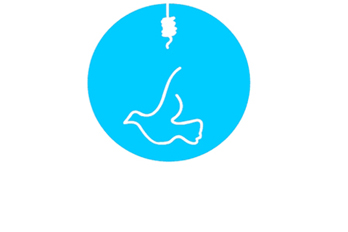 Just as, in every country, committed people exist whose names are associated with a cause, so too do states exist which are committed to universal struggles within the community of nations. Everyone knows how much the abolition of the death penalty owes to the determination of Victor Hugo, Albert Camus and Robert Badinter. Today, France occupies a special and recognized position among the main states committed to fighting the death penalty.

The abolition of the death penalty is a highly symbolic cause which reminds us of the universal nature of human rights. Support for abolition is making progress on all continents, independently of the type of political regime, level of development and cultural heritage.

Laurent Fabius, Minister of Foreign Affairs, has decided to further this struggle by actively engaging French diplomacy worldwide in a campaign to abolish the death penalty.

LAUNCH OF THE CAMPAIGN

On France’s initiative, an event bringing together representatives of dozens of states and of civil society, has been held in New York Thursday the 27th of October on the sidelines of the ministerial week. The theme of the event was “The death penalty : from moratorium to abolition”.

Jointly organized with the Republic of Benin, which has just abolished it, and ahead of the General Assembly’s examination of the resolution on establishing a moratorium, the meeting has been an opportunity to hold talks and lay the foundations for a global coalition of states in favour of abolition.

Major figures committed to human rights and the abolition of the death penalty have been taking part – among others, Navanethem Pillay, United Nations High Commissioner for Human Rights, Kenneth Roth, Executive Director of Human Rights Watch, and Raphaël Chenuil-Hazan, Director-General of "Together against the Death Penalty".

The meeting, held in association with the United Nations and civil society, aims to encourage as many states as possible to take the decisive step from de facto moratoriums to abolition in law, in order to put a definitive end to this cruel and inhuman practice.

The meeting comes a few days before the official launch on October 9 of the French campaign for universal abolition. The aim of this campaign is to renew and step up the action taken in recent years to raise awareness of the abolition of the death penalty. It involves encouraging debate and lending France supports to local players committed to abolition.

On the eve of the World Day Against the Death Penalty, which is held on 10 October each year, France is bringing together a the Quai d’Orsay players and defenders in abolition from all over the world.

Laurent Fabius, Minister of Foreign Affairs, will launch the event alongside Robert Badinter, presidents and representatives of the large NGOs, intellectuals and lawyers.

Workshops will be held in the rooms of the Quai d’Orsay. They will be an opportunity for discussions between French and international NGOs, diplomats working on the ground and condemned people’s lawyers from several countries.

Olivier Py will read extracts of The Last Day of a Condemned Man, before the speech by Robert Badinter.

The campaign for universal abolition comes in the context of several engagements expected in the coming months :

-* - the regional congress against the death penalty, in Rabat in October 2012,

The fight against the death penalty is a long-term struggle in which tangible progress is made every year in all the world’s regions. A downward trend has been noted in the number of death sentences and executions worldwide. In the past 20 years, more than 50 states have outlawed the death penalty.

In 1981, France became the 36th state to abandon this cruel, inhuman and degrading treatment. In 2007, she ratified the Second Optional Protocol to the International Covenant on Civil and Political Rights, aiming at the abolition of the death penalty. Adopted by the United Nations in 1989, the Protocol is the first instrument of global reach to assert that abolishing the death penalty helps promote human dignity and the progressive development of human rights. On 5 July 2012, the Republic of Benin abolished the death penalty by adhering to the Optional Protocol. More than 100 states worldwide have taken the decisive and irreversible step from the moratorium observed for the past several years to outlawing the death penalty.

Many states have been observing de facto moratoriums, sometimes for several decades. What obstacles prevent states moving from moratoriums to abolition ? How can the international community help states abandon the death penalty in their judicial systems and thus strengthen the protection of human rights ? What role is there for the United Nations, the pro-abolition states and civil society ?

- A downward trend has been noted in the number of death sentences and executions worldwide. In the past 20 years, more than 50 states have outlawed the death penalty.

To date, 97 states have abolished the death penalty for all crimes, eight have abolished it for ordinary crimes and 36 are observing moratoriums on executions – making a total of 141 states¹.

However, the death penalty is still applied in 57 states and territories.

Since 2011, 23 states have carried out executions¹. While the number of countries carrying out executions is in decline, the latest report by Amnesty International gave a figure of 676 executions in 2011, as compared with 527 in 2010, which shows that the number of executions is increasing in the hard core of retentionist countries : basically Saudi Arabia, Iran and Iraq. Moreover, the real figure is hard to ascertain in the absence of official statistics in certain states, including China. As for the number of sentences, it has fallen from 2,024 in 2010 to 1,923 in 2011.

1 The states counted are not all members of the United Nations – among others, the Cook Islands, the Vatican and Niue – hence the total figure of more than 193.