Home > Signing of a bilateral agreement France and Saint Lucia

Signing of a bilateral agreement France and Saint Lucia

On March 9, 2022, the Prime Minister of Saint Lucia, Honourable Philip J. PIERRE and the Chargé d’Affaires of the French Embassy, Mr. Marc MERTILLO, signed an agreement for the final extension of the Debt Service Suspension Initiative (DSSI). The ceremony took place at the Office of the Prime Minister, at the Greaham Louisy Administrative Building in Castries. 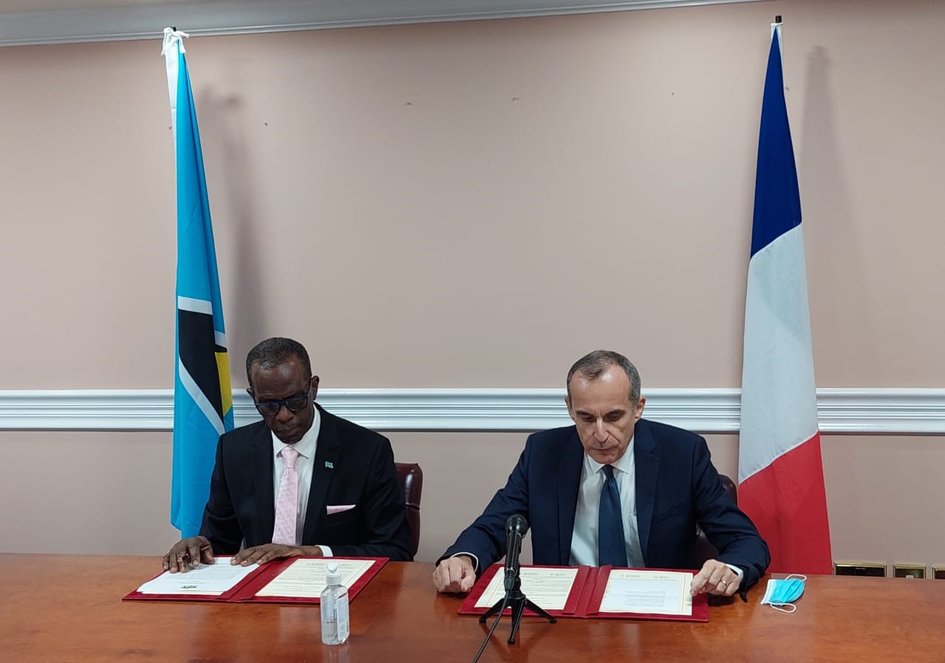 Following the COVID-19 health crisis and the subsequent collapse of the world economy, the Paris Club and the G20 decided on a temporary suspension of debt service for most vulnerable countries. Saint Lucia was able to benefit from this initiative for a total of eighteen (18) months.