Accueil > Archives > Co operation in Saint Lucia, on the risk management of attacks or (...)

Co-operation in Saint Lucia, on the risk management of attacks or technological accident with nuclear component, radiological, biological, chemical and explosive ; 26 to 30 March 2012

During the Cricket World Cup organised in Saint Lucia in 2007, the Government of Saint Lucia requested the assistance of the French civil security for the establishment of an operational response unit in the event of any malicious or terror activity.

In the continuation of this activity and upon a request from the civil protection authorities of Saint Lucia, the Inter-ministerial forces of the Antilles zone initiated a co-operation project on the risk management of attacks or technological accident with nuclear component, radiological, biological, chemical, explosive (NRBCE).

This project, which is funded within the framework of the Regional Co-operation Fund (FCR), is undertaken through the establishment of training activity on risk management NRBCE for approximately forty (40) managerial and first-hand contributors of the various civil protection services of Saint Lucia, namely the National Emergency Management Office (NEMO), the Saint Lucia Fire Service, the Royal Saint Lucia Police Force and the Ministry of Health.

A delegation of 5 persons, consisting of 2 participants from the Inter-ministerial forces of the Antilles zone (EZIMA), 2 from the Emergency and Fire Department of Martinique (SDIS) and 1 doctor from the Regional Health Agency (ARS) of Martinique came to Saint Lucia from 26 to 30 March 2012, to conduct this training. The objectives of the training were :

At the end of the week training, a simulation exercise of a chemical attack was organised, in the presence of the Permanent Secretary in the Ministry of Home Affairs, Legal Affairs and Internal Security and the French Ambassador to the O.E.C.S. Member States in Saint Lucia, at the Beausejour Cricket Grounds in Gros Islet, where an international cricket match between the West Indies team and the Australian team took place during that same week.

After that operation, some equipment for the individual protection of about fifty first-hand participants against NRBCE agents was handed over to the Permanent Secretary in the Ministry of Home Affairs, Legal Affairs and National Security. 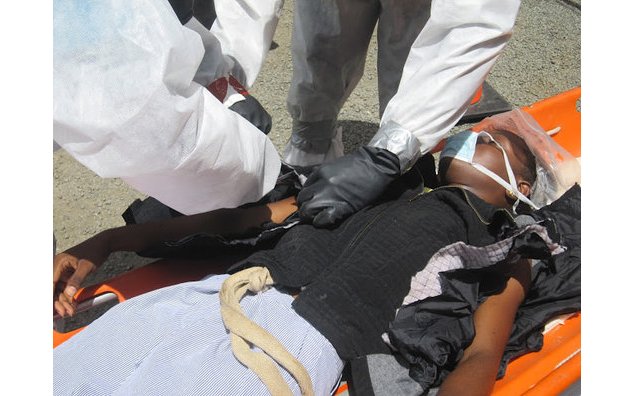 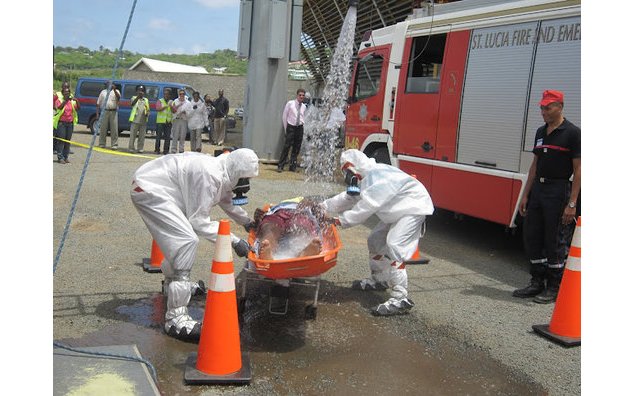 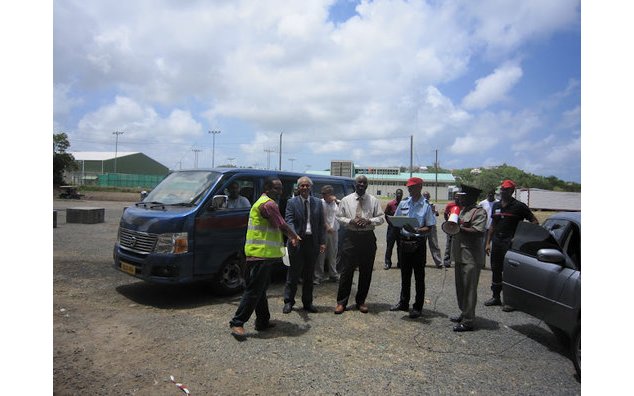 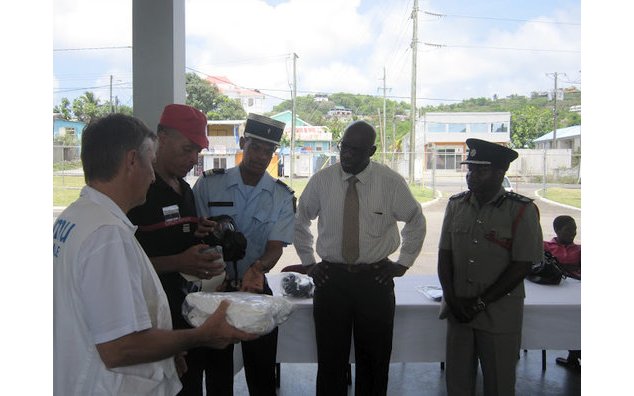