Home > Arts and crafts: a major asset for France

Arts and crafts: a major asset for France

The European Arts and Crafts Days will take place on 4-6 April 2014, offering an opportunity to show that these professions make a genuine contribution to the creative economy. Arts and crafts are characterized by their diversity and a unique know-how, at the crossroads of creation, cutting-edge technology and the business world. In France, bootmakers, bookbinders, stringed instrument makers and creators of contemporary jewellery are able to cultivate the identity and sustainability of the French art of living.

With over 3 million people working in the sector, arts and crafts is “France’s largest company”. With its strong economic, social, cultural and tourism potential, it is thus natural that it enjoys government support. With a turnover of €300 billion and 600,000 jobs created in 10 years, these activities group together almost a million arts and crafts companies in France. There are over 38,000 companies and 100,000 jobs in the arts sector alone. These are often SMEs, but also small workshops or factories. Turnover in the sector stands at €8 billion, including 727 million for exports.

Created on the initiative of the French National Institute for Arts and Crafts (INMA), the European Arts and Crafts Days follow the same principle as European Heritage Days. The aim is to raise awareness of these careers which boost France’s international profile and require great expertise, which is particularly valued in the areas of design, decoration, fashion and the 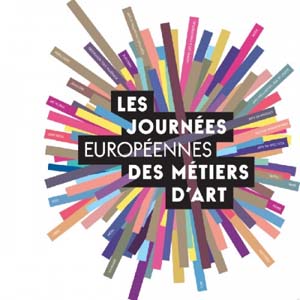 performing arts. Over 4,000 workshops and 137 training centres are taking part in this event. Four hundred events and about 40 tours are planned, showcasing craftspeople in France and throughout Europe.

Arts and crafts professionals are first and foremost men and women with a passion for the creation, traditional manufacturing or restoration of heritage, with expertise which has been honed for centuries. The guardians of a genuine heritage of craftsmanship, arts and crafts were part of the Intangible Cultural Heritage category defined by UNESCO in 2003.

The tradition is combined with innovation at the heart of all these activities. With a mastery of ancestral manufacturing techniques and the latest technologies, craftspeople, who are heavily involved in the international arena, bring their expertise to lovers of tradition as well as avant-garde creators.

Many craftspeople use their talents in the areas of haute couture and entertainment. In Paris, London, New York and Milan, the big names in the 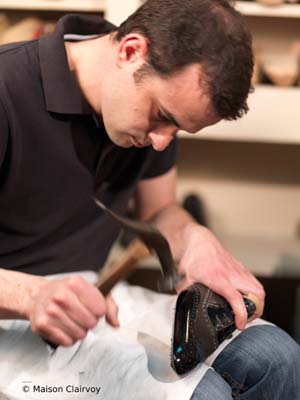 high-end sector offer many opportunities. For example, Michel Heurtault, while not as well known as Dior, Hermès or Valentino, is nonetheless the number one creator of parasols and umbrellas in French haute couture. Today, his creations attract customers the world over. “The Australians and Japanese are crazy about parasols,” we are told, in this centre for the creation of quality.

The custom shoemaker, Clairvoy, is also renowned. Its master shoemakers create products which are completely hand made to measure for the stars of film and theatre, actors in musicals and dancers. With a finely-tuned ear in addition to their expert craftsmanship, stringed instrument makers are always in high demand by soloists from around the world. Bernard Sabatier, from his Paris workshop, responds to all sorts of requests – he recently created a slightly miniaturized viola for children.

The glass industry illustrates the combination of technology and tradition which is peculiar to arts and crafts. For centuries, glass-blowers have passed down their secrets to a select few who continue to captivate the crowds. The chefs-d’oeuvre created by master glassmakers, from René Lalique to artists from the longstanding Baccarat crystal glassworks, astound us with their designers’ dexterity and creativity. Near the famous cathedral in Chartres, les Ateliers Loire, founded in 1946, create their own stained glass and mosaics, while providing their expertise in the area of traditional stained glass and slab glass. With a team of about 10, the workshops carry out major work all over the world. Among other places, their expertise has been sought in England (Salisbury Cathedral), Chile (María Madre de Misericordia Parish, Santiago) and the United States (Chapel of Thanksgiving, Dallas).

Benoît Eyraud, founder of VS Technologies, set up his company in 1994 with a small group of experienced glass-blowers. From his workshop in Saint-Priest, near Lyon, he produces with pinpoint precision a curious array of tubes, flasks and coils for research laboratories and the nuclear and petrochemical industry.

Arts and crafts in numbers: